** NOTE: The italicized font is creative non-fiction. Based upon the stories of my mother and uncle it is my creative writing of their memories. ** 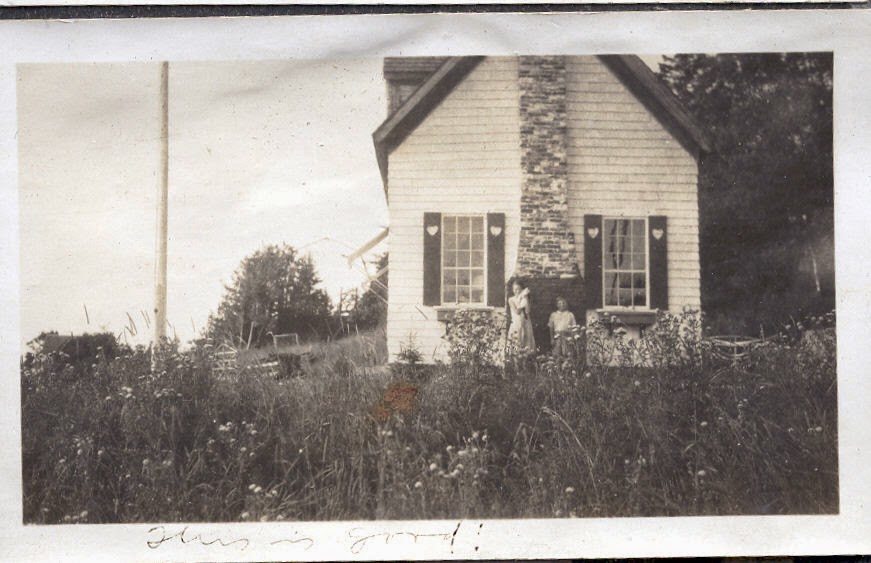 “What do you think, children?” their mother asked as she scanned the Dutch boy Paint brochure. “What color do you think the house should be painted?” Mason and Wells looked at the brochure, but didn’t offer much help in the choice. They were thinking about the pile of wood edgings that had been delivered earlier in the day, they wanted to go work on the fort they were building. Overlapping the pieces of wood like logs they had worked tirelessly all morning and were almost done. In the autumn, these edgings would be used for the fireplace in the living room. Come winter it would keep a fire in the cook stove in the kitchen, which in addition to being the cook stove, was the only source of heat. “Well, what do you think” asked their mother again. “Should I paint the house white with red shutters or yellow shutters?” But there was no answer. Turning around to look for her children, she found Wells climbing the flagpole and Mason hanging a blanket over the clothesline making a tent; securing the sides to the ground with stones from the beach. Oh well, their mother thought, maybe I will paint the house white and have both red AND yellow shutters.

The house my uncle and mother remember has taken on a larger than life vision in my mind, for both tell stories of the South Lubec House the same way. In this case, Gramma choosing colors for the house from a Dutch boy Catalogue and painting the entire house including the back; which by my mother’s telling was unusual for houses of that era and location. They both report different colored shutters; my uncle believing there were yellow shutters on the upper windows and red on the bottom. Mom agrees with this assertion, going on to add she gets her love of red hearts from her mother, as the shutters had cut-out hearts. Both tell the story of the pile of wood edgings being made into a fort, built like “ logs” (their words, not mine) and hanging a blanket over the clothes line to make a tent.  As for my uncle climbing the flagpole, I have the picture to prove it! 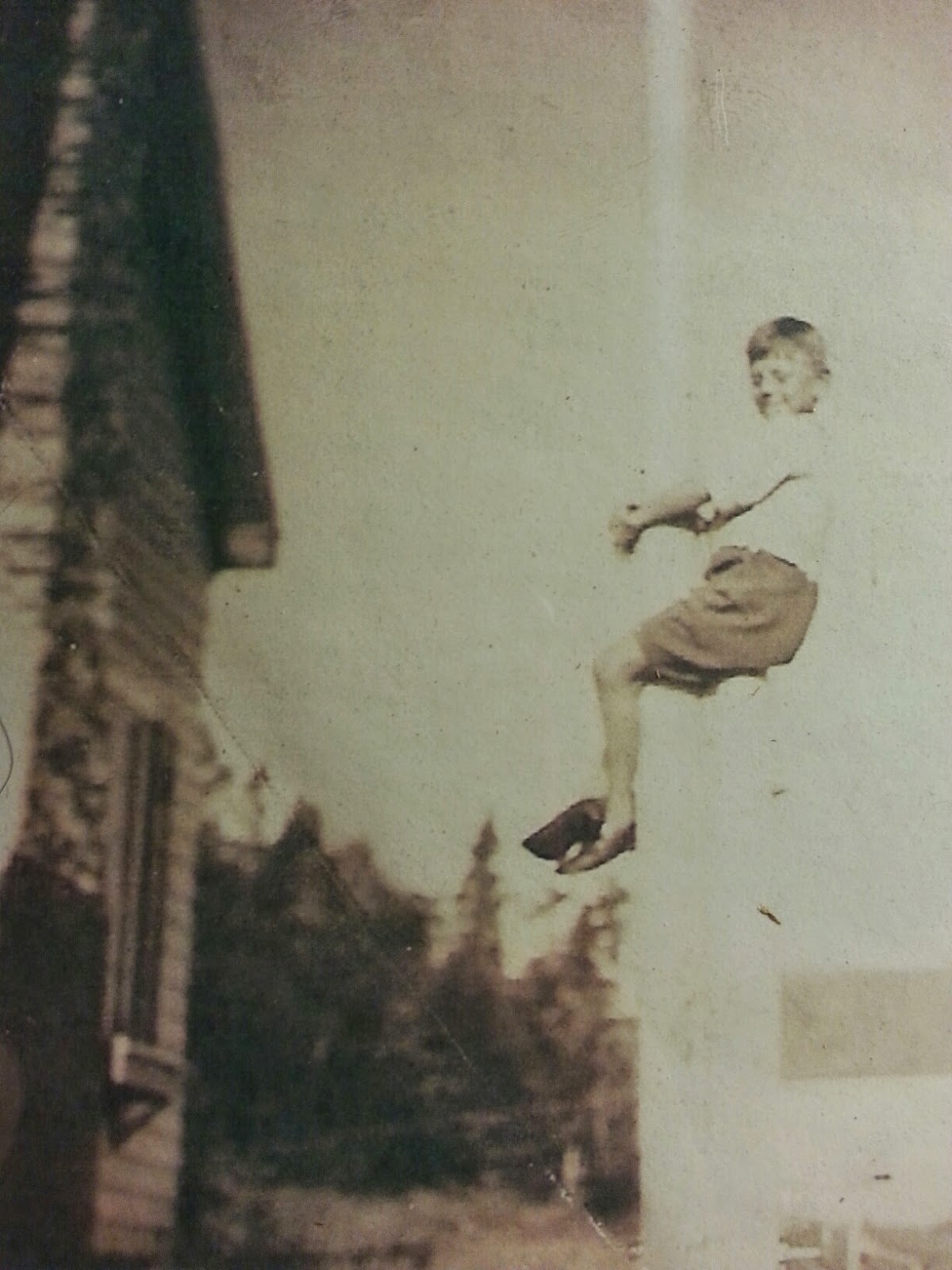